The village of Leonberg was first mentioned in 1233 in the Church records of the Scottish Monastery in Regensburg.  This monastery administered our area and levied taxes. The coat of arms (a chevron with a ball encircled by a ring ) of the village of Leonberg is closely related to that of the Linbergern family that lived in the area in the 14 th century. Leonberg is mentioned a second time in the same book around 1280. The church is mentioned for the first time in 1286.  The patron of the church was St. John the Baptist.  In preparation for a crusade Leonberg had to provide12 silver marks.

The medieval gothic foundation and the small gothic window in East of the church tower from around 1450 is still present today. During former renovations, workers discovered medieval frescos.  Unfortunately they painted over these.

In those days the parish covered an area of more than ten km North to South.  This makes is easy to understand that the church was overcrowded on feast days.  The clergy required the congregation to provide funds, material and labor to expand and renovate the church. There are no blue prints from this time.  After the renovation work the church had a long aisle and two side walls with three high windows.  Two entrances lead into the church.  One entrance was on the South side between the second and third window and the other entrance with steps on the West Side.

In 1542 Leonberg became Protestant and remained so until the church returned to Catholicism in 1618.  Now our church was newly consecrated in the name of Saint Leonhard.

A hundred years later and again the church was too small.  There was also damage to the church.  The central nave looked like it would collapse.  There were frequent letters between our Parish office and the Bishops office in Regensburg.as well as the local section office in Burglengenfeld.  These offices finally approved an expansion and renovation.  This shaped the church into its current form.  The church tower was a bit higher and there was now a golden cross on its pyramid shaped roof.

Disaster struck the church on March 31, 1856.  There was a horrible storm the likes of which no one had ever experienced before.  This storm caused considerable damage to buildings, trees and fields.  It blew off the top of the church tower.  A provisional roof covered the tower until 1859.  A year later the church tower was replaced after losing about 4 meters of material.  The church tower received a white tin roof and a golden cross on top of a ball.

In 1966 the next renovation started.  This lasted several years.  First the church received new pews. The side aisle and the nave stayed in their original form.  The two simple confessionals were replaced with closed structures that harmonized well with the interior of the church.  The artist and church restorer Schwarzenbeck and the Eis company in Regensburg renewed the frescos and the holy figures in the church.

In 1982 the parish celebrated a number of significant activities.  These included:

·         The first mass or the newly ordained priest Franz-Xavier

·         The 25 year silver jubilee of the parish priest Father Alderbert

Brunner and the consecration of a new church organ.

2015 was another significant year with the celebrations of the first mass of the newly ordained priest Martin Popp. 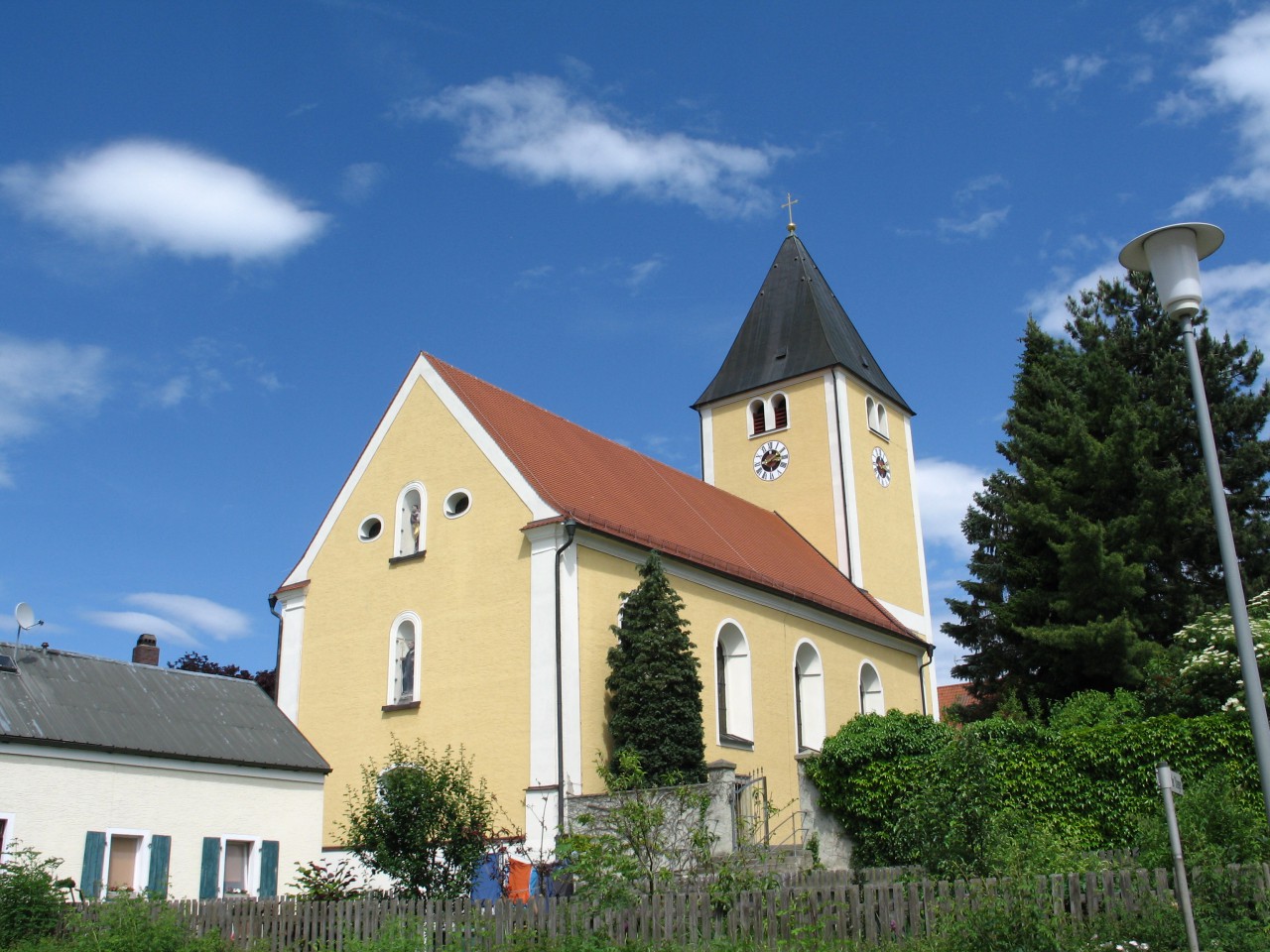